A new adventure is approaching!

Back in early 2004, we had our boat in the Bahamas,  we were doing volunteer work at the Exuma Cays Land and Sea park in the Bahamas. I was building furniture for the warden’s house and Bonnie was bending plastic pipe with a guy named Rick. Rick invited us and about 6 other couples to his boat for happy hour. Talk went around to what people were going to do, Rick and his wife Tsipy were going back to Ft Lauderdale and putting their boat on a ship going to Greece and then they were going on to Israel. And they said if any of us wanted to come, we were welcome to come along to help. Bonnie and I looked at each other (OH YEAH!) We arrived in Greece a month before the Olympics and made the trip to Israel.

The web site has a boat adventure called “The Odelia File” About our trip on Odelia from Greece to Israel, and the next year’s trip from Israel to Turkey. They brought the boat back to the US and the Bahamas A few years ago and we joined them for a month in the Bahamas.

We got another call from Rick. They’re going back to the med this summer.

Getting ready to go

The trip this time seems to be more stressful for Rick this time, At least it appears that way to us. Last time Rick told us that they were arriving at this hotel in Piraeus on this date meet up with us there.  This time he has let me know more of the details and having me in on the details has probably caused him a lot more stress.  The loading date of the vessel determines the unloading date of Odelia in the med.  That has shifted several times, at one point it appeared fairly fixed and we were watching the flights and seeing the prices rise and fall on our flight tickets, We were talking to Rick and he put a hold on a couple of tickets for flights around the 16th of June.  We started checking and flights that had been $1800 each the day before were now $3700 each! I started scrambling and by running what seemed like several hundred permutations of starting dates, ending dates, early flights, and late flights, we found a set of flights leaving Fredericton on the 17th of June arriving on the 18th in Tivat Montenegro.  There was no way we could afford $8000 for tickets, $4000 was bad enough, but for a “once in a lifetime!” trip. We committed to the trip and bought the tickets for about $3750 for the two of us.

(Bonnie says I am going to have to be careful calling these “once in a lifetime” opportunities they are coming way along way too frequently! or I’m running out of my nine lives!)

Before Rick could commit to the tickets for the 16th the arrival got shoved back to the 14th! We were now 4 days out of sync and wouldn’t be there for the unloading, which I wanted to be.
Rick does not want to delay the ship by not being there (the charge is something like 18,000 euro a day!) Rick told us not to worry about it, they would anchor out and wait for us to arrive, which we dearly appreciated.

Since that shake up the schedule has been shaken up again. The ship is now scheduled for arrival on the 18th!  The ship arrival or Odelia’s offloading on the 18th, which isn’t clear. But we will be arriving in Tivat in the early afternoon of the 18th.  So we may get our wish and be there for the offloading.

From arrival we are going to be going to spend a day or two at Porto Montengro getting Odelia back alive from her run across the Atlantic. I was looking at the Porto Montenegro web site and they have a really incredible set of panoramas linked together (you will see a little icon with a helicopter, click on it and you will start a new panorama , as well as a beautiful movie

Good news at least, this time in the form of a picture. 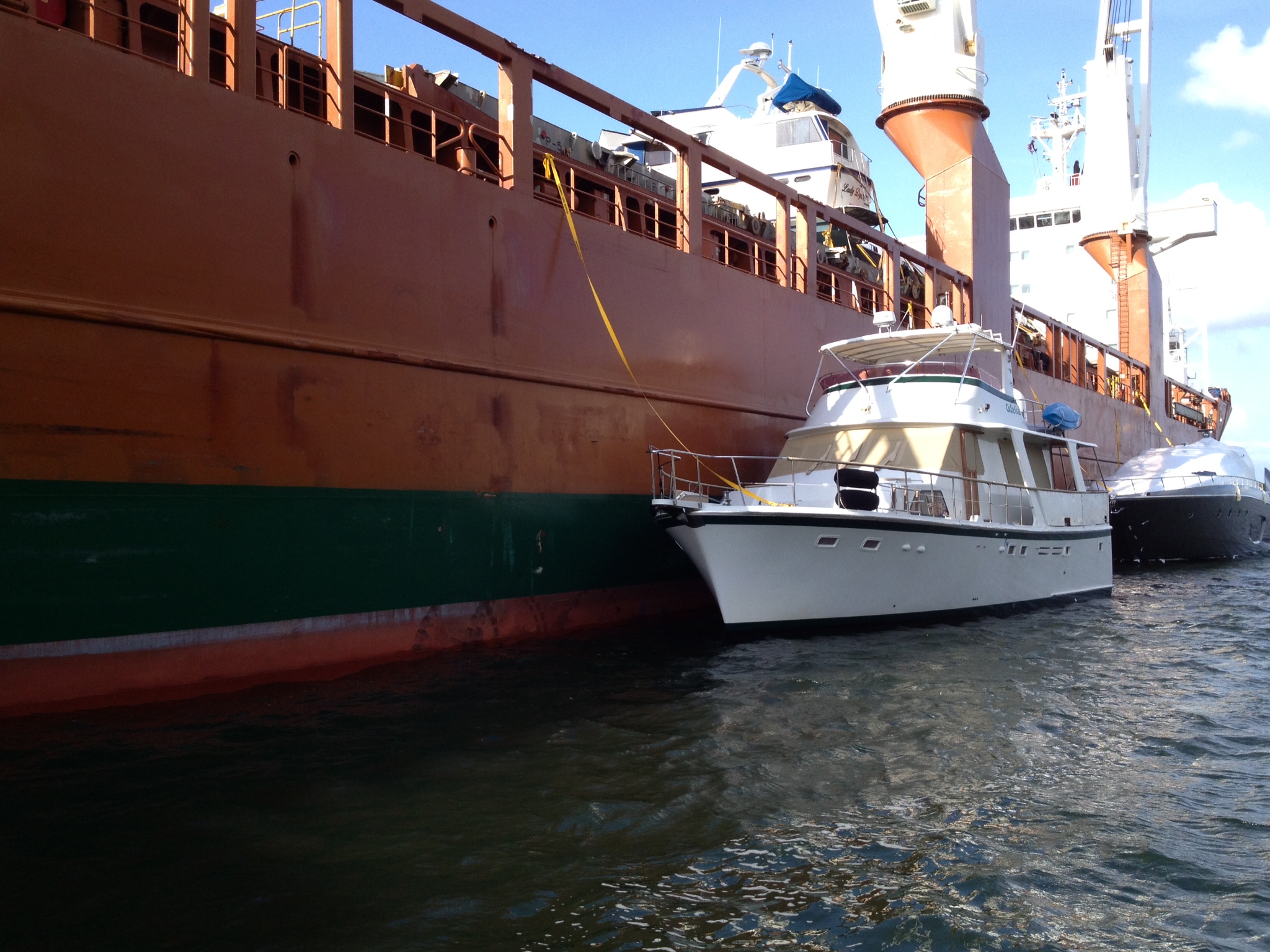