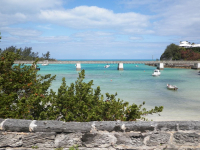 Up at a better time and got organized a little better. Breakfast, then off to Hamilton and almost had a problem with the bus route 7 and 8 are alternate barnes corner and dockyard our time was almost out on our transfer before the Route 7 to the dockyard got underway. 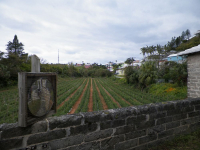 Arrived at dockyard and went to the Frog and Onion for lunch we split a grilled fish burger with fries. They were good. 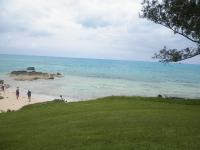 We went from there to the Craft market and looked around lots of good stuff.

From there to the National Museum and looked around. We really liked the clock works. In an interesting bit of history the bell on the left of the clock works is called Boaz 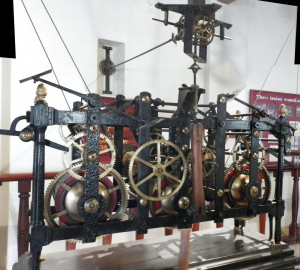 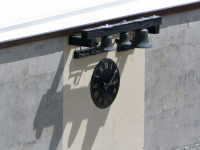 Commissioners house was closed due to Fabian damage so we we missed a lot of good stuff. I had been in before Fabian’s visit. Beautiful views.

We met up with Sue and marc and had a Dark and Stormy. The ferry took one of our bus tickets so we were good to go. We took the ferry to Hamilton and walked around. 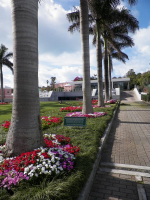 Then we took a look at a few other pieces of street art as we made our way back to supper at Ians. He had a practice for a second degree in the Scottish Constitution, so I went as a candidate to practice on.

I am working on the second degree for our lodge and the ritual is significantly different. Most of the obligation and the lectures say the same thing but the words are different. A sheaf of wheat is replaced by a sheaf of corn.

I got a drive home to St Georges with a guy planning on going to divinity school in Halifax this fall. I put him on to Norman so he may show up in Lodge in Halifax.