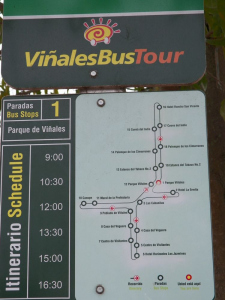 It rained during the night and it was a muddy day. We took the hop-on hop off bus and did a full tour, several people did the same. Lots of people to the cave with the river. We did the full loop and got off at La Jasmine and took pictures then walked down to the national park headquarters/reception building there are a number of tours offered that are not offered at other places. We didn’t bite on any but did take a bunch of pictures. We walked by road but you can walk the path beside the Jasmine and get to the national park well worth the trip. Beautiful views.

We walked down to Vinales about four kilometers (almost all down hill) and had two cups of coffee and a small pizza for lunch at pizzeria El Eden. Coffee was a $1CUC each and the small pizza we shared was $1.5CUC.

We watched the army vehicle arrive at the local mechanic across the street from the pizza joint and the driver couldn’t get out, the door handle had fallen off, and he had to solicit the local mechanic to come and repair the door so he could get out. After the guy got out we left and came back to the room and I did some work and Bonnie had a nap. 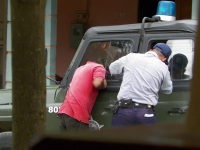 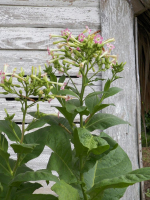 It was a good chance to get warmed up. It was cold-ish for Vinales. We stopped at the tobacco farm and scoped out the production. One of the things I wanted to do while I was in Coheba tobacco growing country was buy some locally made cigars. The tobacco farmers are able to keep a certain percentage of their crop for their own use or sale. They can make their own cigars here so they could make some very good cigars!

The Transtur buses are coming as a steady stream so it is hard to sneak into the tobacco house and make some a deal with one of the local farmers. One of the people that was there was obviously the high pressure sales person. There were a few people hanging around the tobacco house and the local farmer was there talking (and flirting a little) with the pretty young ladies and showing them how the rolling process worked and the sales person was a little miffed. Her attitude seemed to be “SELL SELL SELL!” We decided to come back another time.