We walked out to the tobacco farm and the lady that was so pushy last time was not hanging around the tobacco house and we managed to arrive between the seemingly endless supply of Transtur buses. We talked to the local farmer who was there as a guide. He asked I was interested in buying and I was. I didn’t smoke but I was interested in buying some for my friends and he brought out a stack of Coheba Black cigars. They even had bands which is rare. The cigars we buy in the fields usually don’t have bands. Each of the farmers is allowed to keep a percentage of their product for their use including sale to tourists. The leaves for a Coheba are taken from the top of the plant and fermented for three years before they are rolled. The Coheba Blacks are fermented 5 years not the 3 of normal Cohebas. So we bought a bundle of ten and paid the farmer for them. I was hoping I wasn’t buying a bundle of corn stocks but they smelled authentic and when I handed them out to a bunch of friends at lodge the other night they were very excited. We have a friend who did a little research for me and a normal Coheba of that size sells for about $75 Canadian, a black which you can get at some of the more exclusive Cigar bars he guessed would cost about $150 each. When I priced them in Havana they were about $20 CUC each. We paid a lot less than that. 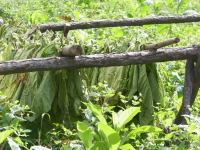 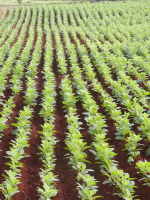 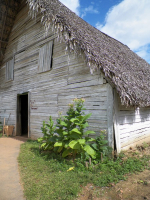 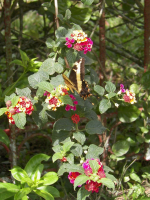 On the way back from buying tobacco we stopped to take a picture. A swallowtail butterfly landed in the middle of the frame only to be chased away by a hummingbird, All I had to do was keep taking pictures and we got a few really nice pictures of wildlife. 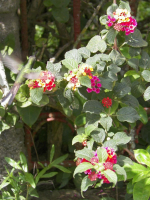 Had lunch at the 3J the mini Empanada were good pastery wise the filling was ok but I wouldn’t bite again. The Delicious seafood soup lived up to it’s billing.

We paid up and got a large empty bottle from Pinchito and cut the top off of the bottle. The ten cigars fit well into the water bottle.