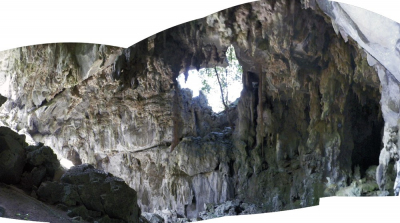 We did the taxi run out to the Cave Santo Thomas. It is a 42km cave system. The $10 CUC admission gets you into one that is about 2 Kms long. There are big rooms, lots of popcorn, draperies, columns, stalactites, stalagmites, and even a few eggs. A nice calcite deposit but other than that not a lot of colors very white greyish. 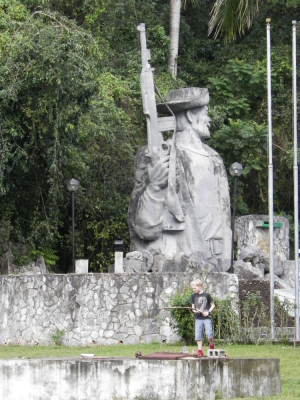 Next to the cave is a War Memorial that is well worth a visit. It pays honor to the people who fought in the revolution. I was surprised to see that there were lots of them that were still living until recently. There were a several plaques to people who died in 2015. They do honor the people that fought for their country. It is a reminder of how history is a strange thing in Cuba. It’s very much a living thing. They can have their 500th anniversary of one thing and have people still alive that witnessed the revolution that “Freed” their country. “Free” is also another word with a very strange and variable meaning here.

It cost $10 cuc more by getting a taxi from the room than by getting from the taxi stand but we didn’t argue. We should have. 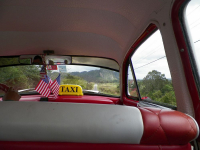 They like passports at the cave office and we didn’t have anything with us. So we will start carrying the photocopies. There wasn’t a problem getting in at the cave. We just got a standard coupon (we might have provided an excuse for a “local” admission of 10 CUP. The Taxi was the same age as Bonnie a 1952 it was bought by his grandfather and passed to his son and his grandson now runs it as a taxi 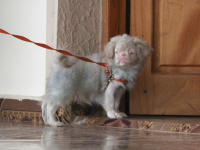 We came back and had a lunch at 3Js The spicy french fries were wonderful. The garlic bread with a red sauce was ok but I wouldn’t bother with it again. We walked around until it started to sprinkle and it was cold enough that the dogs had turned blue. We have pictures!