The first day in Santa Clara we walked up to Parque Vital and then toward the Che Memorial. We walked by a wall of cartoon murals by the municipal bus station(“Los humoristas declaramos Guerra a la guerra”, “Comedians declare War on War” ) some of them were priceless and could have run anywhere in the world, some required a little thought, others were very blatant in their direction. 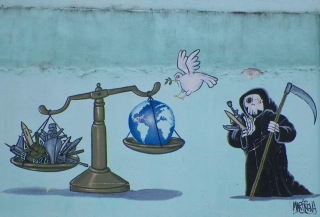 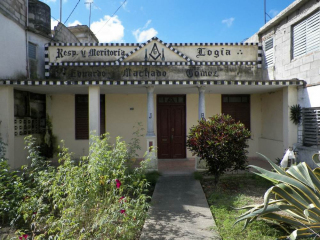 We walked out to the Viazul bus station and got reservations and tickets back to Varadero, so there will be less stress heading out if Santa Clara than there was heading into Santa Clara.

We walked back to the HUGE Che memorial. We went to the Mausoleum, there is a nice memorial behind the parking lot that most people miss. 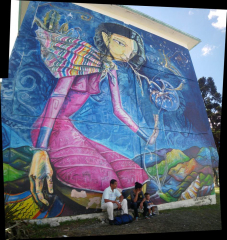 Walked to casa for a siesta and then walked the pedestrian street called Indepencia. We went to Europa and had fun watching people. The locals were buying a bottle of rum and a can of pop at the bar and mixing their own, except for the students who would buy a pop at the bar and sneek away and come back with another bottle of rum. Seven students, three bottles of rum, and 4 small cans of pop. 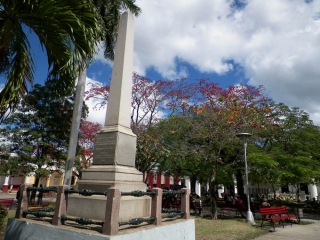 There was one poor little girl that looked at me and as both eyes slowly came to focus on me, I could see the glaze on her eyes. She was going to have a nasty hang over. One of the students disappeared to get bottle number four. So rather than wait for her to get sick it was time to move on. We walked up to the Pullman and had a pizza. The tomato sauce on the pizza was tomato soup concentrate. BAD PIZZA! 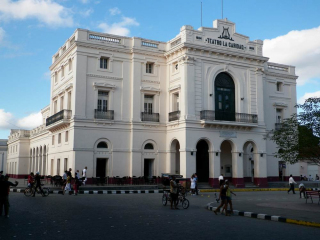 Walking home we took a bunch of night photos. Some of the came out really quite nice. 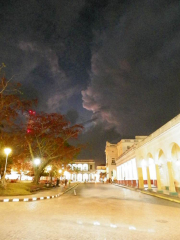 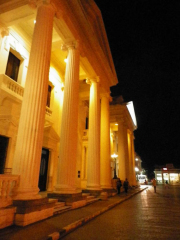