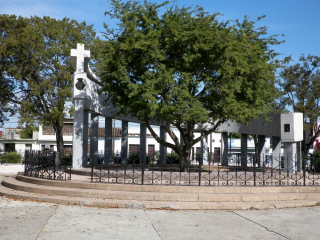 We were off in search of Parque Turdury, beside Iglesia del Carmen. The church, Iglesia de Nuestra Senora del Carmen is the oldest church in Santa Clara, was closed. Beside the church is a monument to the 13 founding families and another to one of Che’s most valued soldiers, killed in the train battle. Across from the Church was the IOOF hall, looking quite freshly painted. 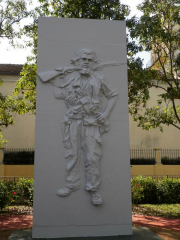 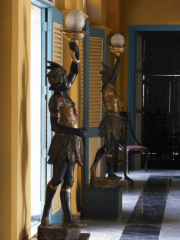 We were looking for the Museo de Ciudad (the municipal museum) and when we finally found it, it was closed, looking in a window it was also empty. So we came back to Parque Vidal and went to the Decorative Arts Museum. There was an amazing collection of stuff, Bonnie recognized a lot of the crystal and the ceramic, I didn’t, the names meant nothing to me, “It’s the next teer above Waterford Crystal.” Chandeliers, artwork, most of it is dating back at least 100 if not 200 years old,fantastic stuff and well worth the visit. 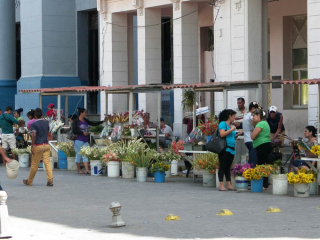 The flower venders were out and people were relaxing in the park, so the people watching was good. 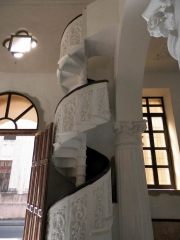 We walked over to the Iglesia de Nuestra Senora del Buen Viaje and it was open! We went in and enjoyed looking around the church. There were beautiful sculptures in the naves, nice alters, and what really surprised us was they are in the process of building a new alter. All of the churches we have been in, in all of the countries we have been in, we have never seen any trying the build a new alter. They are formidable tasks, but here was one in mid construction. 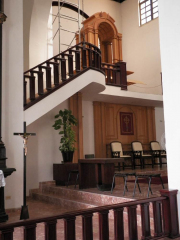 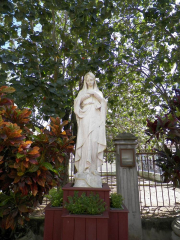 We left the church and walked over to the theatre, they were having a free concert. We expected it to be in the theatre, but it was actually in the lobby. There was a bunch of students from one of the school at a sea programs visiting and they brought the numbers up so the staff had to bring out more seats and then more tourists arrived, and more locals and before long we went from being in the second row to being in the fifth or sixth row. It was quite full. We enjoyed the music and the musicians were as well. I was surprised there was no place to give a donation. I enjoyed it a lot, so did Bonnie, and we were quite prepared to make a donation for a service very well rendered. 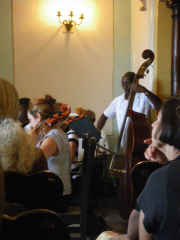 From there we went to one of the government run restaurants, it is easy to tell a government run restaurant, all of the servings, drinks or food have a listing with the number of grams or millilitres. We had the fish and the Beef Parmesan. The food was ok, but not great, and the cheeses the same goopy cheese as we get at breakfast in all of the casas. They may call it Gouda, but it’s not very good Gouda.