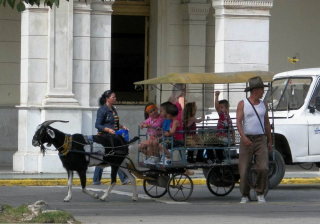 We spent a lot of time in the park people watching. We were happy to see a bunch of impromptu street theatre. Stilt walkers, actors in costume, dancers. Lots of Cubans and lots of small children. We were surprised at how few tourists there were. 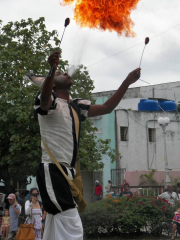 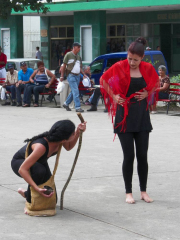 We seemed to have one extra day at every stop. We had dinner at the casa and packed up to go. We had a very good split pea soup, salad plate, shrimp and pork. Our biggest mistake in Santa Clara was not eating our meals at the casa. The food was much better and a bit cheaper as well. The Hostal Restaurant Florida Center that we ate at is listed in the guides as one of the better places to eat, but we liked the food at Riki’s better.

People are older and heavier here, more obese people in Santa Clara than any other Cuban place we have been, still way better than at home, but a noticeable change. 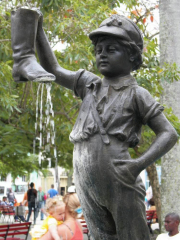