February 14, The Botanical Garden, Public art, and the tricycle rides.

The guide that our casa owner arranged to take us to the Botanical Gardens has a casa himself. He wanted to see his guest to the bus station so he asked if we could delay from 9 to 9:30, no problem for us. He took us out and they didn’t have any CUC receipts either so he paid our entrance for us. For 20 National Pecos he got three of us into the Botanical Garden (camera included as there is an extra charge for the camera). That’s about 90 cents with exchange. It turns out he had never been to the gardens before so he joined us on the tour. It was great considering he was a veterinarian with reasonably good English and the tour guide had next to no English. Roman did most of the translation for us. There were lots of birds around as well as lots of plants. Bees too, it turned out that one of the woodpeckers had been evicted by the bees. 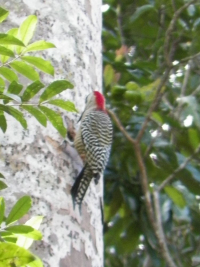 The bees took over his next and he had to make another. He was doing so as we were walking around, just a little lower down the tree than his first nest. There were lots of hummingbirds, mocking birds and other little birds to see. 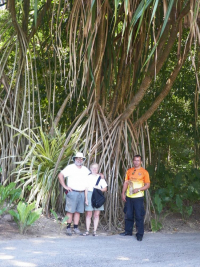 The guide was really into “Green Medicine” and was able to tell us that this plant as a tea was good for this and that as a salve was good for that. There was a citronella plant that he showed us, as well as a cinnamon tree, he gave us fruit from the trees to taste one was a tropical apricot that tasted like a pear to us, the other was a Frozen Apple, a dark and very sweet fruit, there were also mangos and lots of other stuff. He pointed out one of the air plants “Boil this in a tea and drink every day for three weeks and no more diabetes” Roman blinked at that. He is a diabetic. I have his email and if it works I have a few more friends that might be interested in it. 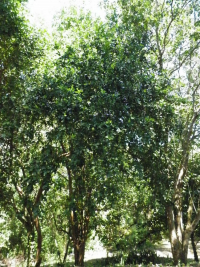 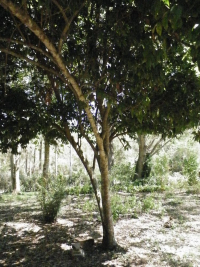 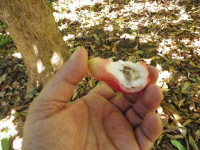 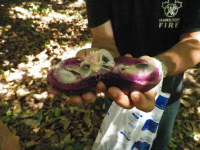 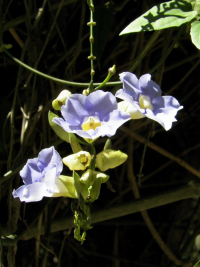 We got Roman to stop at the Hotel Sierra Maestra to see if we could arrange a EcoTour to the Comandencia de la Plata. Unfortunately the EcoTour office was closed for the weekend so we were afraid we were going to be completely out of luck. But Roman to the rescue. He didn’t want to take his car there, the roads were too rough for his car, but he knew a guy that would go, “recommended by Lonely Planet”, sure enough the guy’s card had a lonely planet stamp on it. So Roman would talk to our casa owner and … eventually we would get to go if all birds we grabbed were birds not frogs.
Roman brought us back to his casa and showed us around and gave us a coffee and asked that we write about the trip to the botanical garden in his guest book. We wrote a very good review and he took us home. His casa is close to the end of the walking street General Garcia. 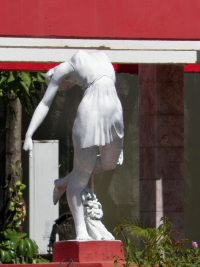 Roman talked to the lady of our casa who has almost no english and after lots of talk and a few phone calls it was all set up we would go on our trip to see where Castro had his base in the mountains during the first six months of the revolution. Here is the business card for his very nice casa. Villa La Nueva (Norma y Roman’s casa) 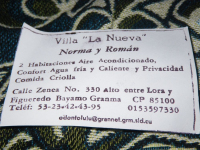 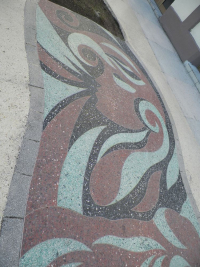 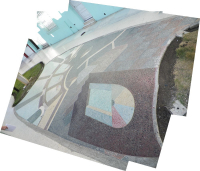 People were out on the streets enjoying the weekend. There were people with their kids one of the side streets on Parque Cespedes was informally closed off by the guy who operated the tricycle rides. He brought probably 20 or thirty different tricycles for kids to play with, Some were shaped like farm tractors, some were police cars, some were dress up with lots of streamers and things there were lots of kids that loved playing with one then another, then another. It was fun to watch. 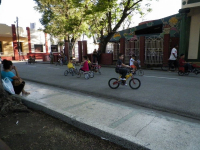 On our way back down General Garcia we noticed that one of the houses had just been painted, or was in the process of being painted. The red doors were spray painted and the overspray of the paint covered a very noticeable section of the white walls. It was a reminder of the painting we saw so much of last year as the polish went on for the 500th anniversary celebrations. We enjoyed another pass of them and then headed out to see if we could get into another of our recommended restaurants but they were all full no tables until 9pm. Valentines day is a big thing here, any reason for a party will do. We went back to the The Palador el Polinesio and when we got there there were two other tables busy. The girl from the previous night sat us down and we ordered, by the time our table was ready the restaurant was packed. Ramon showed up with his casa guests and stopped by to say hello. We had another very good meal and when home to crash. We had an early departure to get to the tour in the mountains.

We had a 6:30 breakfast, departure at 7 all scheduled. Early to bed is never a problem for us. We are known across the island at the casas as the tourists that sleep a lot. We have siestas, and we go to bed early. The sun does wear us out.