February 16 Off to Holguin, and a phone call you never want to get but are happy to get just the same. 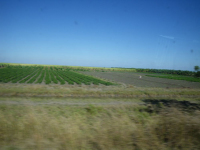 We were up and checked out of our casa, the bicycle taxi rode us out to the Viazul station and we were off. We were on standby for the run to Holguin and got the last two seats at the back of the bus. A few of the bumps Bonnie and I, as well as our third seat mate were actually airborne. It is only an hour run so we took it as part of the adventure. 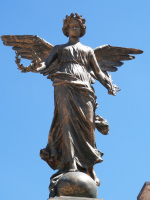 We arrived in Holguin and were met by our casa owner. He walked us from the bus station to the casa. It wasn’t far away. We checked in had a coffee and were off for the day. We did a quick run around the parks had lunch at one of the restaurants La Torre we had a fruit plate and an italian salad. The Italian salad turned out to be fresh pasta (cold) mixed with a white sauce (I think freshly made mayo fruit flavored) with small chunks of ham, cheese, pineapple and spicy peppers served in a fruit cup. We liked it enough that the La Torre was back on our list for an evening meal. We went walking around the three main squares of Holguin and then headed back to the casa for a little siesta. 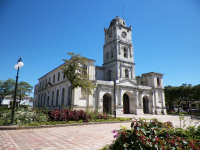 After a short siesta and bano break. We headed out of the casa. Our casa owner and wife are uni-lingual Spanish. His daughter has a very few words of English her boyfriend is from Montreal or a cuban living in Montreal. His English is flawless. The daughter caught us by running down the stairway after us. “Good news, No one died!” She said. 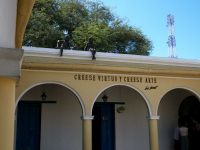 “OK, No one died, that is good news, Why are you telling me?” I thought to myself. The second shoe to drop was the mother handing us a scribbler with a phone number on it, “woman called, her number” the daughter said pointing to the number, “No one died.” It was my brother’s phone number in Halifax. Before I leave I make up the detailed trip plan for the trip and send it out to people that I know will call if something happens that I need to know about and I know are reliable enough to not hit the panic button. The list this trip included my niece Nicole, my brother Mark and his significant other Heather, my brother-in-law Ken, and my neighbor Paul. 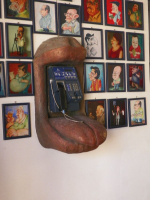 Unfortunately the system that would allow the person to sell us the visitor card was not working, check back in an hour. Ok we needed to get cash anyway so off to the bank. The communications were down there too so we went to La Torre and had supper and plotted and planned escape routes, and a thousand guesses as to what “no one died” really meant. We got out of supper and went back to the internet cafe just as they were closing. We asked if they could sell us a cubatel simm card and the girl at the door just shook her head “Centre de negocious, Caraterra central, manyana” OK center for business office on the Caraterra Central (where the bus station was) tomorrow. 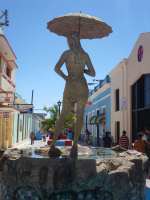 Back to the casa and the boyfriend is there. He was able to tell us that making a call out of the casa was not easy for a local. Most didn’t have access to the international operator. We were willing to try and reverse the charges but that didn’t seem possible either. We take heart in the fact that we didn’t get a call back that night. If they really needed us. I figured Heather or Nicole would get on the phone. Nicole has a little spanish so we were betting it would be nicole.

Off to our room for a fitful night of sleep.