Pepe made breakfast this morning, No eggs, they couldn’t find any. We had a long talk with Elisa and Pepe about food, distance, and some of our travels. It was one of our longest and nicest talks we have every had. Pepe doesn’t want to buy cigars for us, it is too risky, most of the stuff on the street is of rather dubious quality and if we get bad cigars it comes back on him. I respect that. So after breakfast we are off to one of the official stores. Running out of eggs is rare for Cubans, eggs are cheap at about 1.5MN per egg, about 7 Canadian cents. They eat a lot of eggs, and chickens are almost everywhere.

We decided if we wanted Pepe to cook for us before we left it was going to be at La Campana, the restaurant in Parque Jasone where he works, so we planned for a late lunch. 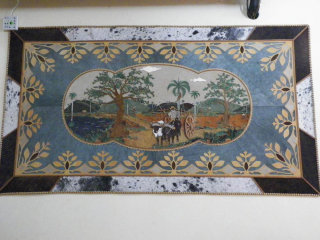 While we were shopping for cigars Bonnie fell in love with the cigar themed leather art wall hangings in the cigar stores. They were really works of art. While we were down at that end of town we stopped into a few of our favorite art galleries. There is some amazing art in the galleries, unfortunately priced for the outside world so the stuff we like is rarely in our price range, but, we still enjoy looking. 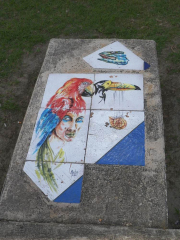 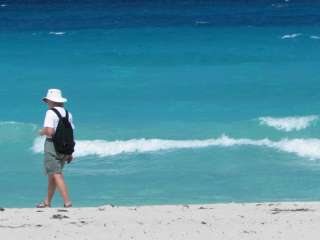 We walked the beach for a little while before heading to La Campana, we let Pepe make whatever he wanted and it was very good, INCREDIBLY good, and things that aren’t on the menu in his casa. We waddled out of Parque Jasone and saw the girls from argentina heading to the bus station. It was nice to see them again. 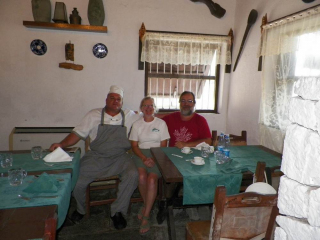 Back to the casa to pack and get ready for the long trip home.

The closest I’ve ever gotten to a picture of Elisa and her daughter Julian.