Breakfast early to get the taxi to the mountain. Lilly organized it for us (35 CUC). We stopped at a lookout that we actually saw the day we were atop the bell tower. Bonnie had pointed out the road to the Escampray.

The taxi dropped us near the entrance to the hike. A LONG hike and very steep in places. We found it harder on the way in than on the way out. Lots of down on the way in, hard on the knees and legs. Uphill is harder but easier on the legs. Lots of huffing and puffing. 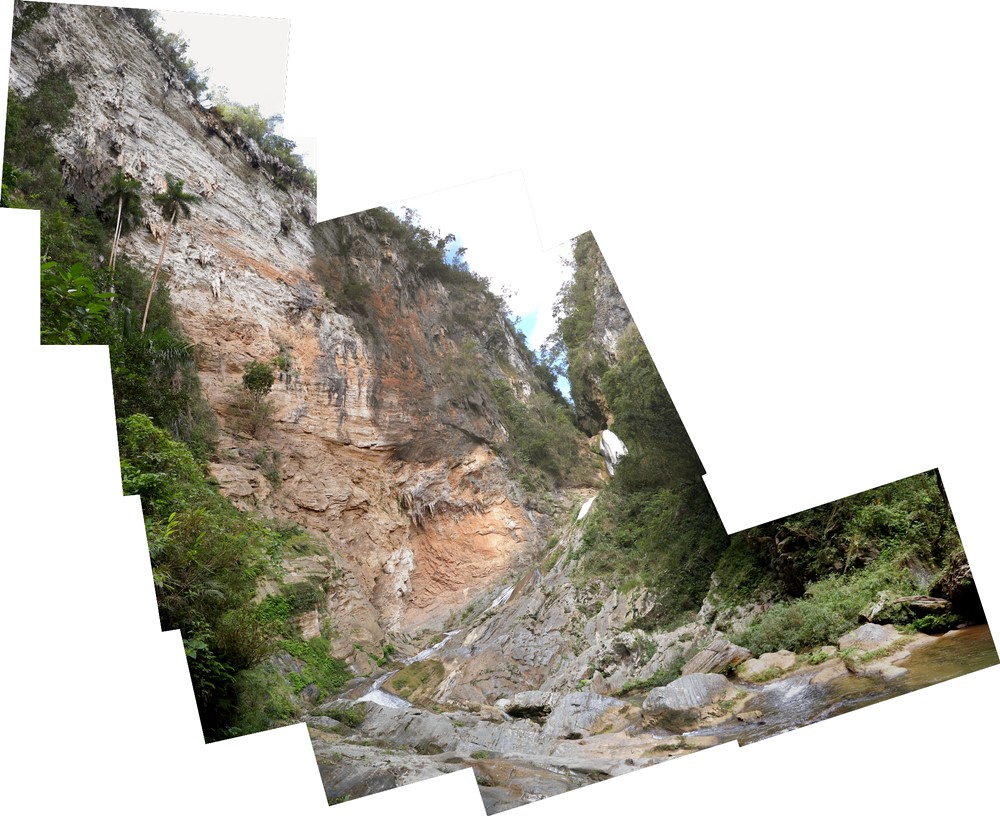 From there we went to the “Jardin de Variedades de Cafe”. Cuba has been growing coffee in the Escampray mountains since 1748 there are over 20 varieties of coffee trees in the little park that you can walk through. Some are labeled very well others, not so much. The taxi driver in his limited english with our limited spanish and a bit of pantomime explained the coffee production from picking to drinking. In front of the little coffee house is the old area for coffee production and they still use it on occasion, more for tourism value than the coffee which is really produced elsewhere. 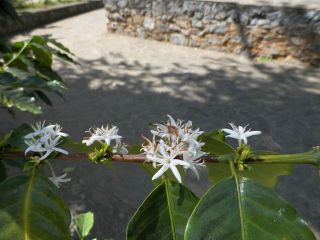 We really enjoyed seeing the coffee plants, everything from little twigs coming out of the ground to trees the size of a large apple tree and even the size of a small elm. There were trees in blossom and full of red bunches of beans. Sometimes we suffer from not having enough Spanish and this place was definitely one. I would have loved to spend some extra time asking more questions about the coffee plants. 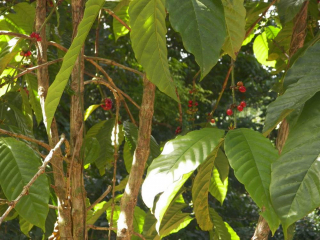 And yes you can get a coffee made with the beans on site and yes it is incredibly good. The Expresso can make your eyes flutter! 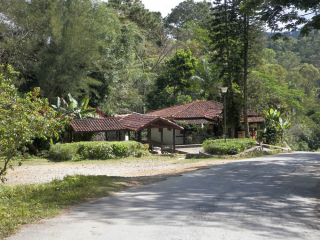 We went back to the casa to relax and sit a bit. We had had enough walking for a while. We needed a little catch up on chores anyway, a little work on the log, read the guide books, do a little planning, play a few games on the tablet, do a Spanish lesson. Bonnie has a couple of museums that she wants to check into.

I didn’t bring the laptop on this trip I just took notes and lots of pictures. Next time I think I’ll take the laptop. I can process the pictures while we have downtime on the trip and label them while they are still fresh. It is a lot more work to do the log when you are home and trying to remember which church those pictures were taken in and where that picture was taken, and why I took it. Part of the reason this is taking so long. Getting one or two days posting a day is a chore. It will take me two weeks of effort to get our trip onto the web and process all the pictures. Time to stop whining and back to work.

Our next job was deciding where to have supper. We went to supper at Taberna Guanahuac. It was reasonably close and that was worth something. We had the shredded beef(ropa) and the chicken. Both were very good but the beef was the winner. Back early and we slept soundly!