Breakfast wasn’t quite as good as Pepe’s but That is hardly a criticism. Pepe is a top grade chef and presentation is a big thing to chef’s. The food was still very good, and lots of it. Bananas, pineapple, melons, rolls (HONEY TO DIE FOR) two boiled eggs, and amazingly good coffee. 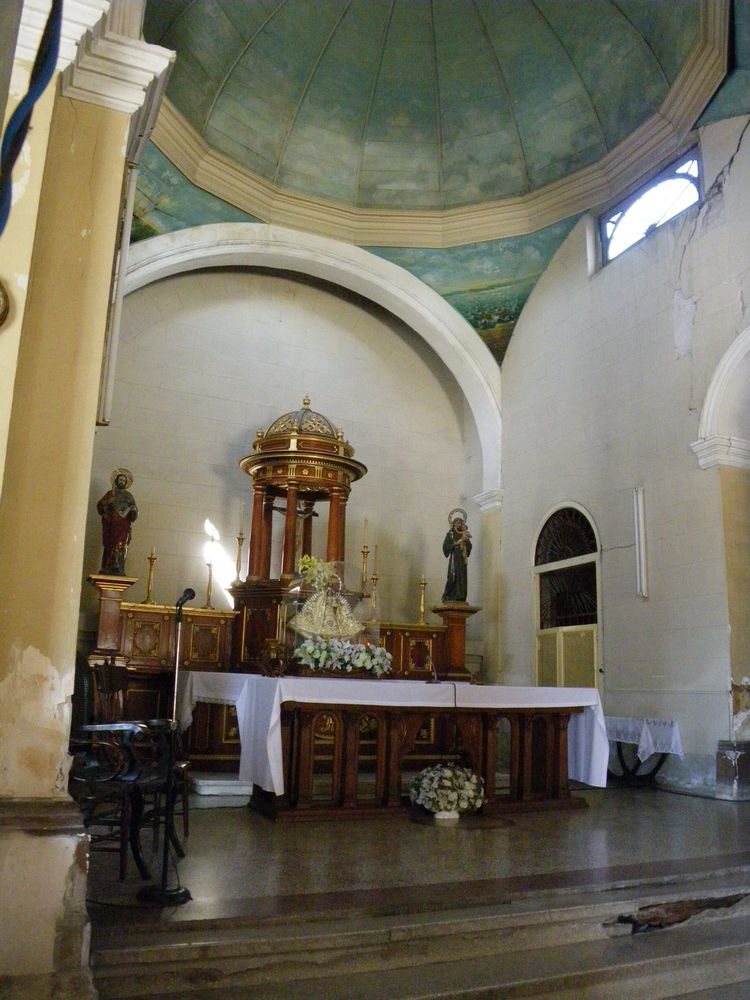 The first thing that we did was get lost for some reason my normally fairly accurate internal compass was completely messed up I went the wrong way and we ended up on Marti. A busy thoroughfare for the locals but not for tourists. We immediately got swarmed by the bicycle taxis looking to help us out and get us back to tourist-land. We eventually got ourselves oriented and back on the right direction we headed down and found the theater company, nothing playing. A small church that was nice and a masonic lodge. It looked good but inside was gutted and empty. I took pictures through the little hole in the door. The tyler would be sitting outside the lodge, literally. 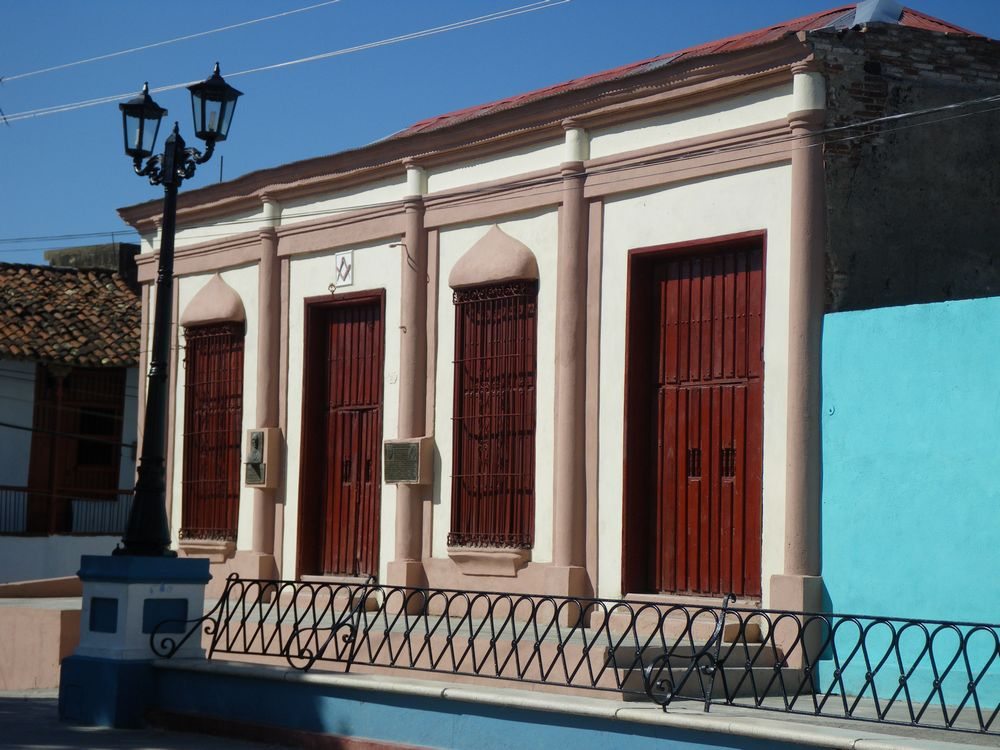 We found Parque de Cepeties fairly easily and did the tour of the immediate attractions. The oldest house in Cuba is turned into a museum. They wanted 2cuc per person and another 5 for the camera. We nixed the camera and walked around they have a lot of nice furnature but there is a lot of exhaust that has settled on the exhibits over the years and most of the really nice stuff has been blackened. The thing that was one of the neatest things to see would have been the globe from the 1600s but it was completely blackened. Not worth the 5 CUC and at 2 CUC it’s iffy.

The cathedral is undergoing a massive refit. The whole interior is full of scaffolding with you are able to wind yourself around and see some of the sites. There were 8 huge rolls of copper roofing sitting in the church. That would have been under lock and key at home. Each one of those is worth a small fortune. 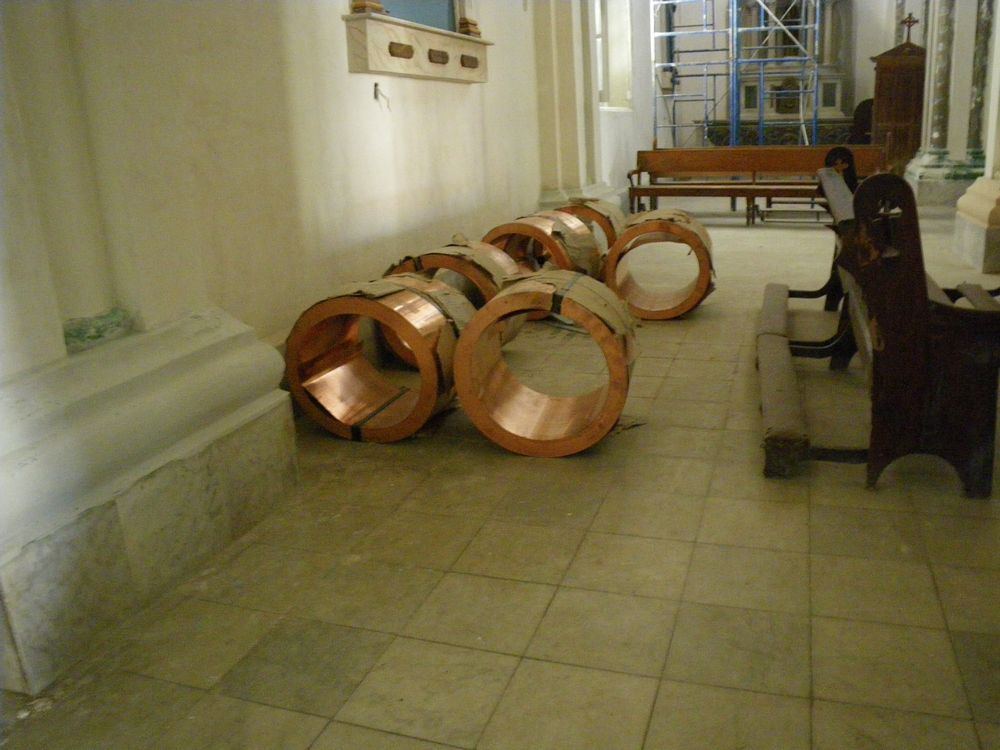 From the square we went over to the terrace of the Grand Hotel and had a coffee and lunch a plate of fried banana chips and a fruit plate, two mojitos, and a Buchanero. The mojitos were good, they were not as sweet as most of the mohitos you get. Once we were at the square we able to get on the historic walking tour from the Lonely Planet. We did the leg west of the square. It took us to the balcony to overlook the bay and the Sierra Maestra mountains. It is an awesome view and it stitched to 126 megapixels.

We went down the hill and up to the Padre Pico steps steps carved into the rock to form a staircase. The guide says they were originally terra cotta but I think they have been replaced over they years and fortified by concrete. The Museum just up from the steps is the Museo de la Luca Clandestina about the revolution and July 26 movement. It was a barracks for Baptista’s police force. It is ironic that the small house next door was the house Castro grew up in. Familiarity and all. 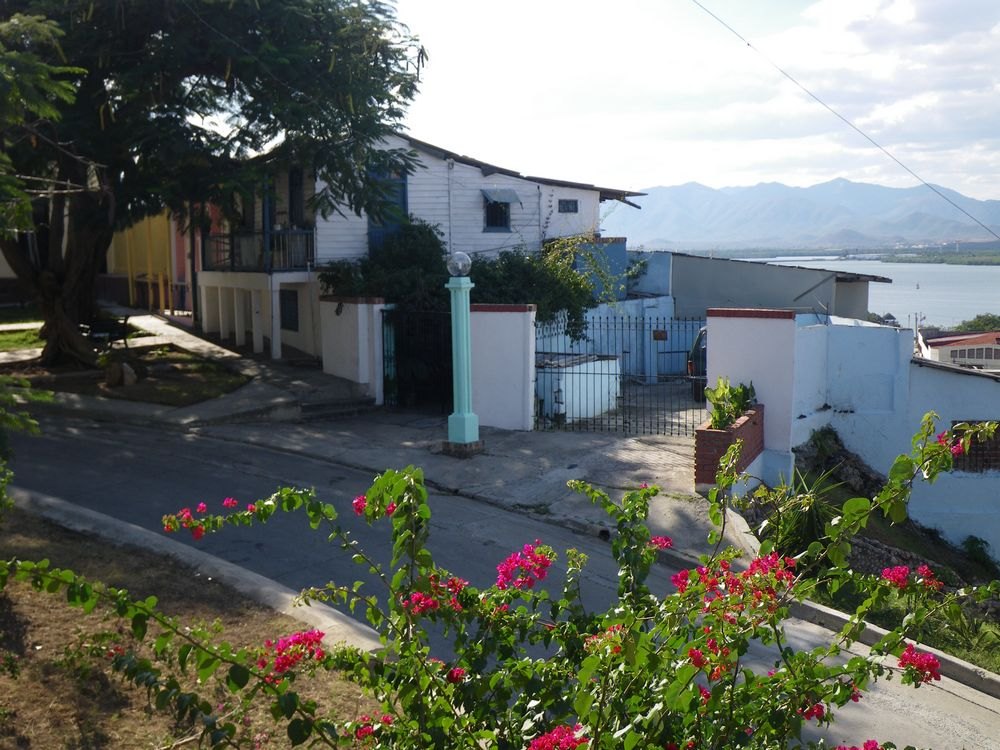 From there we retraced our steps back to the Parque de Cepeties and then up to the shopping street and walked along the shops until we turned up toward the casa. We arrived at the casa and after walking around from 10 to 3 in the heat it was time for a snooze before supper. We went on trip advisor to find what were the restaurants to check out and two of them are within a small walk. We went to the number 5 place on the list Restaurante Aurora and it was very good. We had the barbecued chicken and the pork Aurora (which was a barbecued pork shoulder(we think)).

Not a really busy day but we are already behind on our pictures and our log and our first day in a new city takes a little getting organized.

Here is the link to our 2015 Cuba trip picture gallery, stay tuned it will be updated as our photos are added and I bring the web site up to date with our Cuba trip.