We always take a day for letting our bodies adjust to the climate and to go from winter hibernation mode to actually wanting to do something outside. Today is to get our tickets to Santiago de Cuba and ask Elisa to call the next casa, Walk the beach and relax. The school is closed for roof repairs and we missed watching the kids going to school and playing in the school yard.

We had a good breakfast and headed out to the bus station. 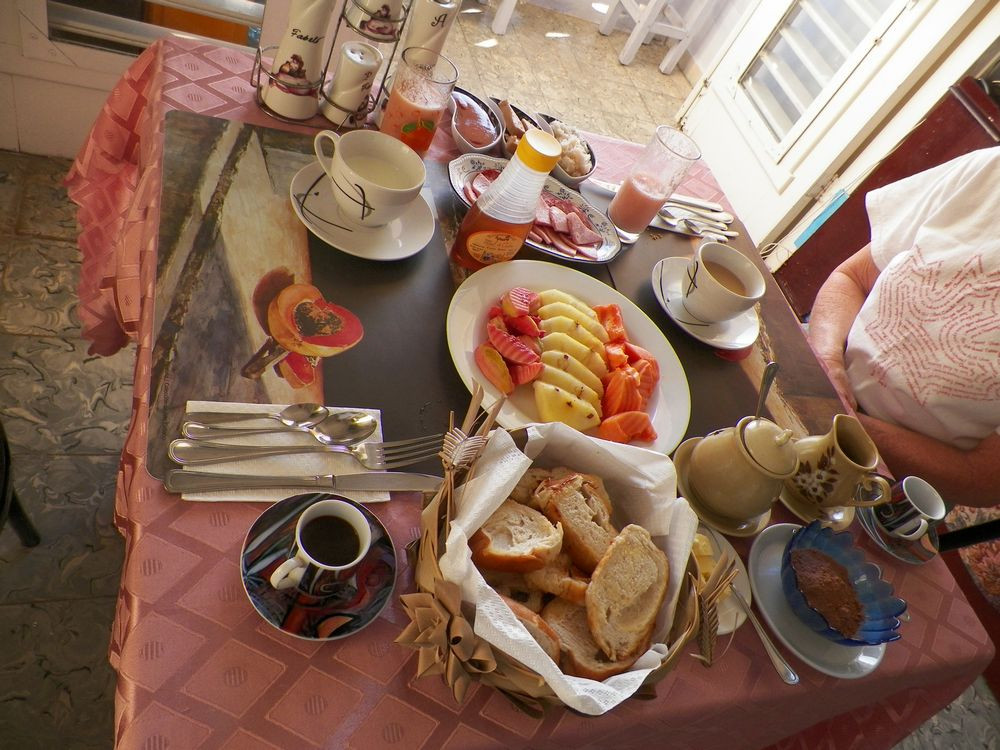 We got our tickets and walked along First Ave in search of a couple large bottles of water and shelter from the shower that was passing over. We went into the circular underground mall and walked around until the shower cleared. We walked down to the store a the end of our street and they had no large bottles left but they did have mineral water for 0.70 We found a cold natural water and took it to the checkout and they wanted $2 cuc for it. That was a bit too much so we put it back and went searching again. One of the little cafes had it for $0.80 cuc cold so we bought two of the 1.5 L bottles and headed back to the casa to drop the extra bottle and a little of the fluid we had previously drank. The bathrooms in Cuba often have an attendant that requires a tip before you can go in 0.10 cuc is a normal tip so the $0.40cuc change is a useful bit of cash for the bus trip.

We gave Elisa our trip plan and asked if she would call the next Casa and tell them we were set on the Viazul bus and we were coming. The casa owners are very happy to get the call so they don’t mind making the call for us.

We did a search for places to eat on tripadvisor before we left and it gave us a few places in Varadero we had never been to so we set out at lunch to find one of them. The first ended up being only open for dinner meals so we continued on. The Casa de Chef was a great little place for lunch. We ordered four appetizers (2 bread with taste, a soup, and a salad) The bread with taste was about the best bread we have had in cuba. Not the normal white bread at all. It was a different whole grain bread cooked with pork rind in it. VERY TASTY BREAD. Our lunch ended up being $7.50 cuc + a tip (the cost included a water for bonnie and a beer for me.) After lunch we went for a walk and when I started to take a couple pictures both cameras gave me memory card errors. NOT a good thing finding Memory cards may not be an easy task in Varadero. We went back to the casa and I started investigating the problems and I think I was able to get most of my pictures off the cards and reformatting them seems to have cured the problems. We’ll see. Last year I didn’t bring a computer with me and went home with 5 full memory sticks. Post processing convinced me to bring my netbook along for the ride, although I don’t like typing on this keyboard at all. The netbook is able to download my memory cards from the cameras so that if I have a couple of them go bad it isn’t that much of an issue and the netbook is tiny and easy to carry.

After an afternoon nap and a little bit of reading we were off to our restaurant la Vaca Rosada (The pink cow). 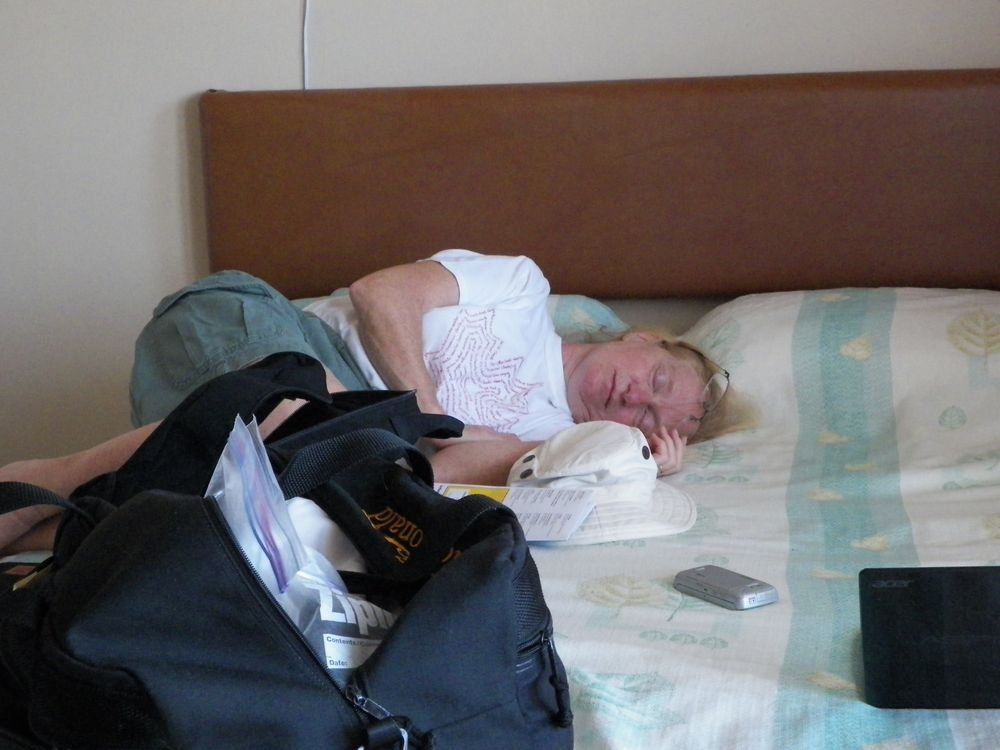 If it isn’t a gay bar/restaurant then my gaydar is really far off. The coasters we had were all reversible. On one side was the restaurant logo on the other was a cartoon. Almost all of them had a gay theme. Mine was the least gay of a bunch. “Teach a man to fish – and he will play with his fly all day.” I had to get that written down for Gord my fly fishing friend. We had the cheese balls, stuffed peppers in bechamel sauce, and chicken cordon blue. We arrived were the first ones in the restaurant. By the time the waiter said we were a bit early (about five minutes) there was a line all the way down to the street. All Canadians from the hotel across the street, two from ontario and the rest were from NB. Mostly Shediac or within 20 miles of it. With a mohito (OK not great) and a small bottle of water it was $24.50 plus tip. There were a few expensive things on the menu but most of it was very reasonable. The size of the Chicken cordon blue was more than enough for both of us. The quantity of food in Cuba always makes it a little hard.

We walked back to the casa and settled in for the night. We have to pack our stuff for the long bus ride. I’ve got some memorizing to do for lodge so that’s an idea as well.