January 30, On our list of Good Days in Cuba, This wasn’t one of them.

We knew it probably wasn’t going to be considering we were starting out at 10:00 pm (Jan 29) for a 15 and a half hour bus ride. By the time we got to Santigo de Cuba at 13:30, with one quick bathroom break, and no coffee or any food since 5 pm the previous day we were ready to get to casa for a coffee, a clean up and dinner. But we did want to get the tickets for the trip out considering it was an hour walk from our casa to the Viazul bus terminal. Bonnie was 5th or 6th in line so considering it took the agent about 2-3 minutes to book our tickets in Varadero to come to Santiago de Cuba I was figuring 15-20 minutes and we would be gone with another job done. I went to tell the taxi driver we were here and Bonnie was in line for the tickets out but it should only be a few minutes. Except that it was taking 20-25 minutes PER PERSON. Yes after waiting 3 hours Bonnie was the second person and they had to shut down that line to do the check ins for the bus to Havana. 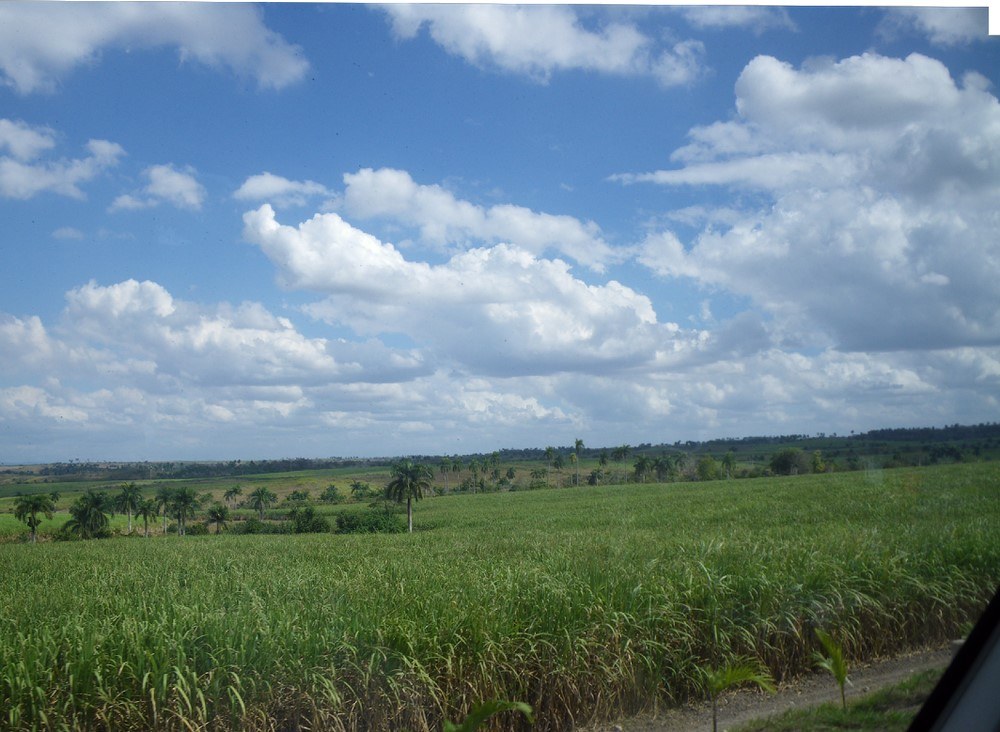 We got to the casa shortly after 5pm. I was talking to the girl that was in the line before Bonnie she was a girl from Belgium and she was spitting mad. I gave her the email address to complain too I don’t know if it will do any good but at least there will be two of us complaining bitterly. We are going to try to book our tickets at Baracoa for the rest of the trip. Our casa is a block or two away and if we can avoid Santiago de Cuba’s RUDE ticket agent that just doesn’t give a hoot. It will be worth it. We got to the Casa Colonial Nivia Melendez (top rated on trip advisor) and Beatriz was a breath of fresh air. While we brushed our teeth, she made us coffee. We were both feeling a little bit of a headache, not sure if it was dehydration or caffeine that was the source of the problem but we had a bottle of water and a good hit of good coffee and that did the trick. Before we left NB we had exchanged emails with Beatrix and ordered our supper, one order of her pork and one order of her chicken. Both were good but if I had to order it again the chicken is much less salty than the pork and Cuban cuisine would be much improved if the government confiscated all of the salt shakers. One thing that would be hard to improve would be the chocolate ice cream. The chocolate is made not far away and the ice cream is added to it a little closer. One bite and bonnie’s eyes lit up, more like the eyes rolled back into her head. It makes our chocolate ice cream taste like diluted mud. She offered me more but I have two goals this trip. One is to get more exercise (THAT ISNT A PROBLEM) and the other is not to gain too much weight. So one helping of chocolate ice cream will do. I am thinking hard about how to get it back in my carry on luggage. Canada customs would probably cease it and it is way to good to share with them.

Bonnie has crashed and it is before we got on the bus the night before. I looks like a very good idea, so here’s hoping for a better day tomorrow!